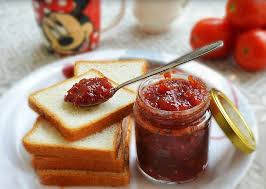 These are some of the innumerable health benefits associated with intake of tomatoes. Many nutritional facts are still being researched. It is good to include this vegetable in our daily diet. As cooking practices do not spoil the nutritional value of this fruit it can be preserved in many ways to get the taste of tomatoes all the year-round. Some preservation methods have been described below.

Tomatoes can be preserved in various ways so that the flavor, taste and nutritional value are retained. The preservation techniques help us to get the tangy taste of tomatoes even when the price of tomatoes reaches the sky. Various home based methods which increase the shelf life of tomatoes have been discussed below.

The techniques discussed below depend on the kind of tomatoes chosen. Red tomatoes which have a very high content of vitamins have to be plucked from the garden during sunrise. During this time the fruits are still cool as the temperatures are low during the past night. Care should be taken to discard those tomatoes which have any kind of black spots. The tomatoes should be properly cleaned with water and should be kept away from prolonged exposure to sunlight before the preparation as this would spoil the tomatoes.

These peeled tomatoes can be used to prepare sauce all the year-round. To prepare this, the tomatoes are gently dipped into hot boiling water for 30 seconds. Soon after this the tomatoes are removed from the cooking pot with the help of a sieve and plunged immediately into cold water for few minutes. This helps to loosen the skin of tomatoes. After this the skin of tomatoes is completely peeled. Clean and dried jars are used to store the peeled tomatoes. Tomatoes are allowed to fit snugly against each other by tapping the bottom of the jar. Lemon juice without the pips is extracted and added to the jars. The amount of lemon juice to be added comes to one coffee-spoonful per half-liter of the jar. The jar is filled up with some amount of hot tomato pulp. The jars are then tightly screwed and allowed for sterilization in hot boiling water for a span of 45 minutes. These jars are allowed to cool and then cleaned and dried. These jars can be stored in a cool dry place and should be consumed within a span of one year.

Good tomatoes are chosen and cut into two halves to check for rotten tomatoes. An extractor is used to separate pulp from the seeds and the skin of the tomatoes. As an alternative to an extractor the tomatoes can also be cut into very small pieces and squashed. The seeds and the skin can also be separated with the help of a sieve. These steps can be repeated several times to maximize the yield. The extracted pulp is subjected to pre-heating at low temperature. This pulp is then filled into the jars along with a spoonful of lemon juice. These jars have to be sterilized for a span of 45 minutes.

The tomatoes are cut lengthwise into two halves. The seeds are to be carefully removed using hands or spoons. These pips or seeds can be later sun-dried and used to grow the next crop of tomato plants. After this the tomatoes are further cut into small and uniform sizes measuring approximately one centimeter in thickness. These tomato pieces are sun-dried. This technique preserves the tomatoes for a span of three months.

The small pieces of tomatoes and their slices are subjected to the process of blanching. In order to blanch tomatoes, they are put into a clean cloth or a basket and plunged into the above mentioned boiling water for three minutes. Blanching is a preservation technique wherein vegetables are boiled before drying to kill the enzymes which spoil the food. After blanching tomato pieces are drained and then sun-dried with the help of dryers for at least two and a half days. The dried tomatoes are later gathered and cooled for half an hour in a shady place so that they do not release moisture while packing. These tomatoes are then packed into a polythene bags which are later kept into cardboard boxes containing straw. This protects the tomatoes from dampness and preserves them for one year.

We are now only working through Amazon. We will not process any new order through our website. Dismiss