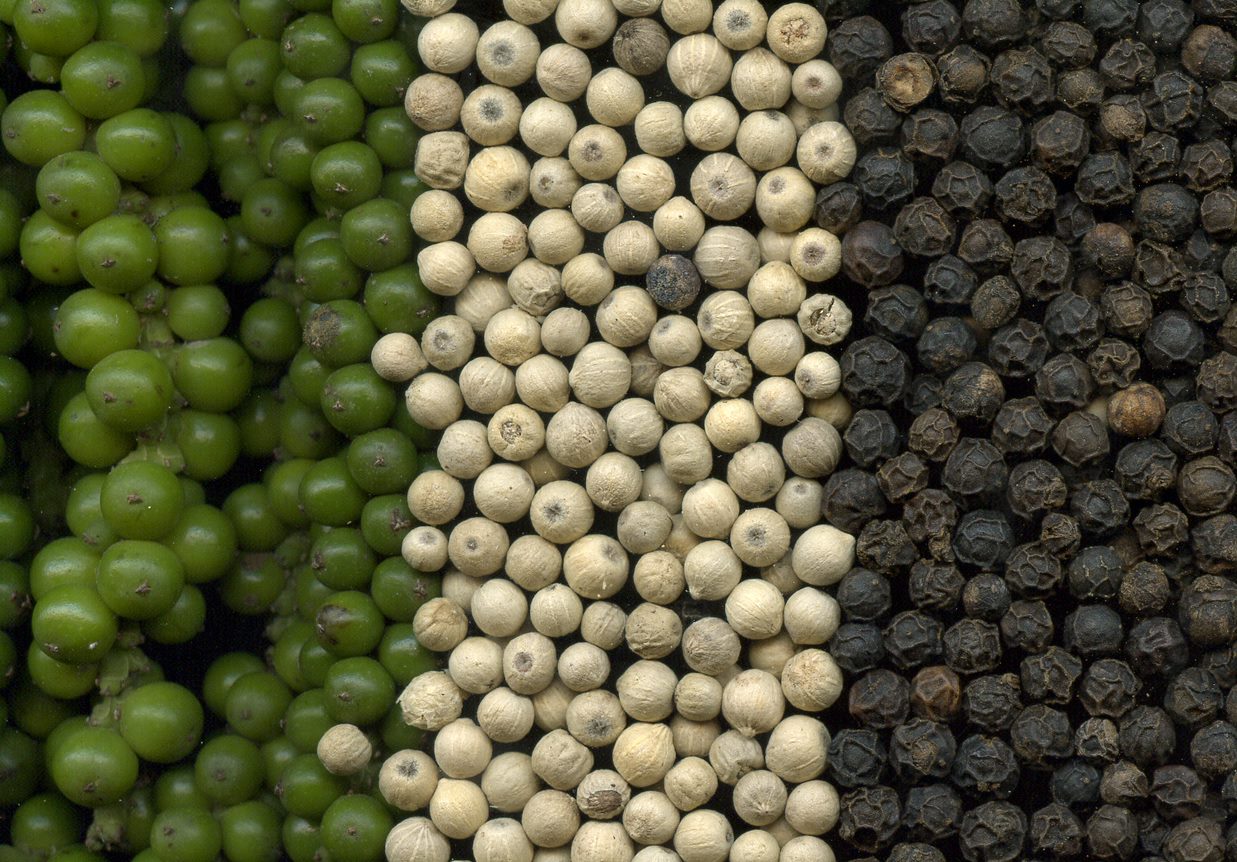 These days it seems like everyone is into eating healthy. But do they taste as delicious as store-bought foods? There‘s a reason why a lot of people can‘t stick to a healthy diet. And it‘s not because cooking healthy meals are time-consuming or costly. Nope, the main reason why you and I can‘t keep with our diet resolutions is that home-cooked nutritious food doesn‘t taste any good.

If that‘s the case, what can we do about it? We know that using artificial seasoning can make us fat. It’s no use of eating healthy when doing so will just make us hungry. You don’t want to eat too much MSG. So, is there any way for you to eat right, cook quickly, and still come up with something delicious?

What They Didn‘t Tell You About Black and White Pepper

Not many people know this simple secret that top chefs know. It is all about salt and pepper. Yes, you heard it right. You can cook fantastic cuisine, using no artificial seasoning, just salt, and pepper.

But how so? You‘ve tried adding ground pepper on your dishes, but you can hardly tell the taste difference. The reason could be because you bought a mass-produced ground pepper off your grocery. Let me tell you that based on experience, every pack tastes different. Some taste bitter, some have more heat, and most of them are just bland. No wonder not many people appreciate ground pepper because the product you usually get on your local store taste like sand.

So, for this guide, I will introduce you to the sumptuous world of pepper. You‘ll also get to know the difference between black and white pepper variety. And contrary to what people use to say, they aren‘t the same in terms of flavor. The best advice is to use one or the other, but stockpile both white and black pepper.

So, if you want to learn some useful tips about making the most out of your pepper, then read on.

Black pepper and white pepper came from the same plant. But one peppercorn turned white, and the other turned pitch black because of how they were processed.

That black pepper powder you have in your kitchen cupboard came from ripe peppercorns. Commercial pepper facilities usually dry them out in ovens. Some spice connoisseur sun-dry them. Either way, the result is still the same, a hard, wrinkled peppercorn that‘s all black.

White pepper is a bit pricier than black pepper because it takes longer to process it. Instead of merely drying the peppercorns, the almost-ripe berries were cooked and immersed under flowing water. That‘s the way the peppercorn‘s skin gets pulled off, revealing the smooth white berry underneath.

People from the west like their pepper black, not white. But there‘s a reason why Asian people favor white pepper over its dark peppercorn brother.

White pepper isn‘t as peppery as black pepper, but it has a distinct floral, earthy, and mildly spicy flavor. Likewise, it isn‘t as sharp as black pepper, but it has a more lingering taste. You might think cooking with white pepper is difficult. But it turns out to one of the most accessible and most predictable spices. Just sprinkle a dash of white pepper before you turn off the stove fire. Then mix your dish and serve.

While white pepper gives off an herb-like floral taste, black pepper, on the other hand, makes for strikingly spicy dishes. Black pepper gives off a hint of earthy flavor plus heat, which makes any flavor better. Black pepper balances the saltiness or sweetness of most savory dishes. It doesn’t change your recipe’s flavor profile; but pepper just makes it a bolder version of itself.

White pepper has a higher medicinal value as compared to black pepper in oriental medicine. People used white pepper for centuries, not just to flavor their food but also to improve digestion. It also helps to reduce stomach upset and diarrhea. It was said that white pepper might also improve breathing and reduce inflammation. Likewise, white pepper is one favorite spice of Asian people in the winter because it reduces the coldness in their body and helps them with the extreme weather.

Black pepper, on the other hand, is a potent anti-inflammatory spice best paired with turmeric powder. This combination helps to reduce the risk of you getting the common chronic diseases, including asthma, hypertension, and cancer.

White and black pepper are both underappreciated culinary wonders. The typical stuff you buy off the shelf might not be as potent because there are thousands of small processing plants out there. You can’t predict the taste as each brand tastes a bit different. The best way to appreciate your pepper is to get the freshest and best-tasting supply from a trusted spice manufacturer. Visit our spice shop today to get your pantry stocked with the best quality black and white pepper powders.