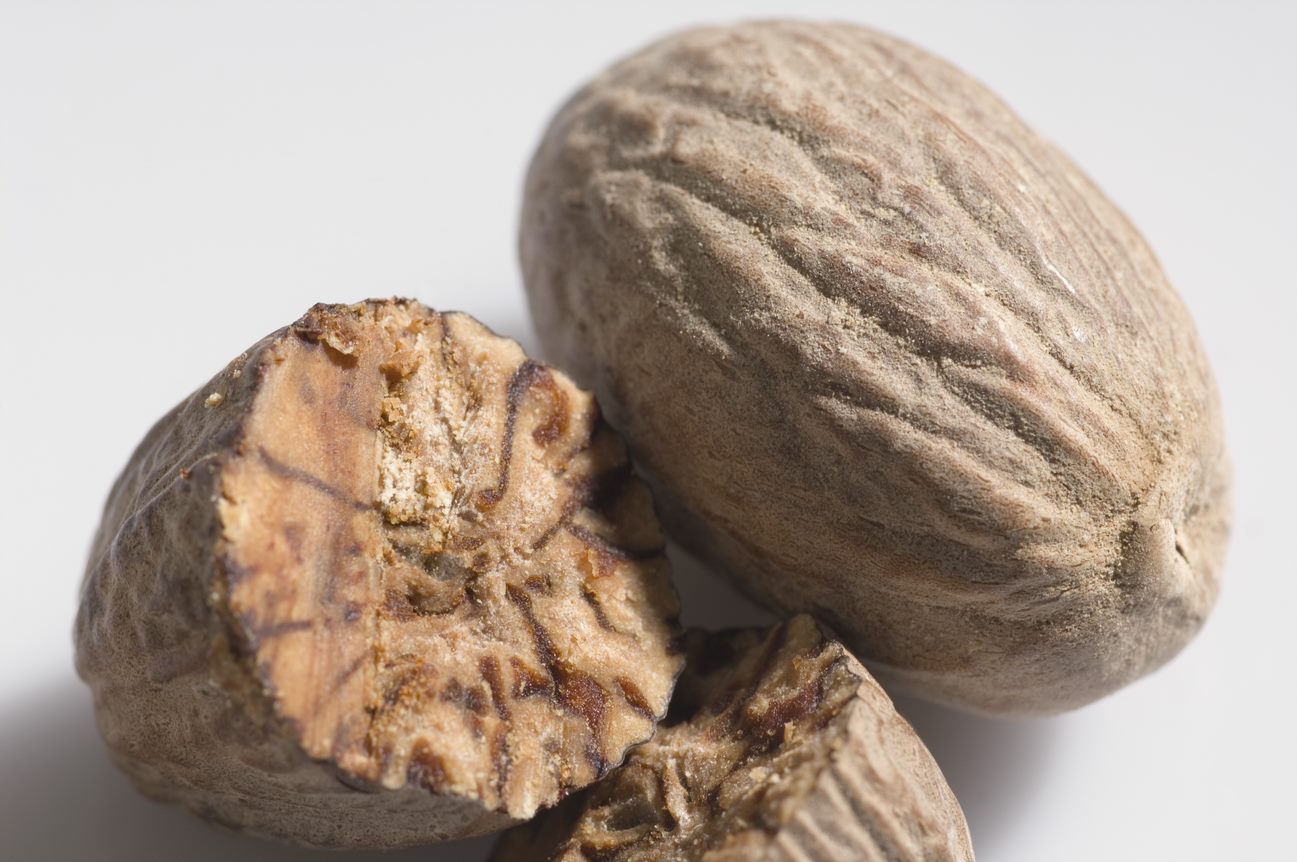 Before there were space wars, there was “Spice Wars.”

Back during the colonial times, someone who has enough nutmeg seeds is said to be set for life. It is so valuable that wars were waged, lives were lost, and huge deals were exchanged on the island where it originally grew. Now, a thousand years has already passed and nutmeg is still a precious spice the world over.

What‘s the origin of nutmeg?

The nutmeg seed is a native of Indonesia, also known as the Moluccas or as the “Spice Islands.” Growing in tropical climate, nutmeg (Myristica fragrans) trees can reach up to seventy feet.

Aside from nutmeg‘s aroma, it‘s treasured by royals and merchants due to its healing properties. Medieval people revered nutmeg powder as the spice that can cure any disease, even the dreaded plague. Ground nutmeg is a great digestive aid, tonic and aphrodisiac back then. Some of its healing powers might be an exaggeration. But it is safe to say that no other kitchen commodity can lay claim to nutmeg‘s “royal spice“ status.

Nutmeg spurred the spice trade. It traced its origin from Southeast Asia, all the way to the farthest countries in Europe. It was once a valuable and expensive commodity that only rich people can hoard. Some merchants even spin tales about the spice origin, in an attempt to enhance the price of this spice.

People who are allergic to nuts will be pleased to know that nutmeg won‘t trigger their allergic reactions. That‘s because nutmeg isn‘t a nut technically.

Nutmeg powder has anti-inflammatory, antioxidant, antifungal, and antibacterial properties. Nutmeg is said to keep the heart healthy, may lower blood pressure, and reduce inflammation. It also minimizes joint pain and can calm an upset stomach.

There‘s a reason why up until a few years ago, nutmeg oil is being used as toothache drops.  It is also a natural ingredient on some toothpaste brands. That‘s because nutmeg oil can reduce toothache and improve overall oral health. Its antibacterial properties also minimize bad breath.

People suffering from chronic pain due to inflammatory diseases may benefit from nutmeg oil. This spice is an excellent analgesic and pain reliever. Regular intake of food with ground nutmeg can alleviate join swelling and reduce persistent pain.

Nutmeg in small dosages can aid in digestion, reduce flatulence, control diarrhea, and improve one‘s appetite. It can also relieve nausea and vomiting.

Nutmeg as an Aphrodisiac

Legends mentioned the power of nutmeg to improve male and female libido. Regular intake of nutmeg may help with increased energy during sexual activity. It may also enhance sexual performance. Some cultures in South Asia even use nutmeg to treat sexual disorders.

Nutmeg seeds look like the human brain for a reason. That’s because nutmeg is good for the brain. This spice contains volatile natural oils like elemicin, myristicin, and eugenol. These oils help in improving one‘s mood by increasing serotonin, norepinephrine, and dopamine. It also aids in memory and recall. Ayurvedic medicine also recognizes nutmeg as a powerful antidepressant.

A Warning on Nutmeg Overdose

Some people might have heard about nutmeg‘s hallucinogen effect when taken in excess. This is due to the nutmeg oil‘s myristicin component, a poisonous narcotic. Large doses above what a regular recipe entails may cause unpleasant reactions ranging from a bad hangover to hallucinations, vomiting, epileptic symptoms, and, in some cases, even death. So be warned as the dangers of overdose is far greater than the hallucinogenic benefit.

In the modern world, nutmeg is known as an aromatic spice. Coffee shop aficionados know nutmeg as the topping that makes their coffee look and smell festive. Many people view nutmeg as a baking spice, especially for pumpkin pie and gingerbread. But ground nutmeg has more uses than merely for baking and as a coffee topping.

Nutmeg goes well with other spices such as cinnamon, cloves, and cardamom. Its sweet and warm flavor adds a touch of spice and aroma to pies, cookies, cakes, bread, salads, and custards. Ground nutmeg also goes well with savory meat-based dishes.

Experimenting with ground nutmeg is easy; just sprinkle a small amount to sweet potatoes, squash, pumpkin, or veggie smoothies. Nutmeg is an excellent spice during winter as it can add warmth to beverages such as hot chocolate, coffee, apple cider, chai tea, smoothies, and turmeric lattes. Add ground nutmeg to your daily oatmeal, yogurt, or fruit salad.

Please check out our store to get your season’s supply of ground nutmeg.